Actionable Ideas to Grow Your
Business 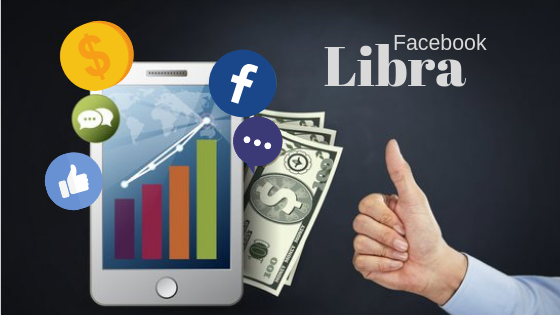 Social media has certainly proven beneficial over the last two decades. It helps you maintain reliability by providing you some appropriate platforms that directly interact with people and businesses.

As you know that world is becoming digital. On a regular basis, you obtain thousands of latest news. The latest news is Facebook's digital currency Libra.? Facebook is going to create its own new global currency. It is very unexpecting news for all. The owner of the Facebook Messenger App has launched it recently. The currency will monitor by Facebook and more than 100 other private players, including Visa and Ube, under the Swiss-based nonprofit organization Libra organization.

Actually, Calibra is like an e-wallet, such as Paytm, but instead of holding Indian Rupees, it will hold Libra.

Like other currency, Libra will also allow you to make purchases and send money online with free of cost. And it would more accessible to ordinary people.? Anyone can buy the currency through any wallet app that holds Libra, including Facebook's own wallet subsidiary Calibra. There will be no mediators or acquirer as they exist in the current payment system. Each transaction on the website has to approve a contract with acquiring banks.

Libra currency forecasting: is it really influence the world positively?

It is expecting that after launching Libra, life would become more comfortable than ever before, in the terms of transactions since it may provide important facilities such as pay bills, buy things and international transactions and among other on daily basis financial transactions.

But we all know there are some security concerns which are associated with the social media that it may probably secure your whole information about financial transactions as Facebook. But we want to clear one more thing that it is based on Blockchain which will not let the share your account information or financial data with Facebook or any third party without customer authentication.

As we all know that in the developing world, there are millions of users who are deprived of advertising revenue due to economic crises but the Libra currency project opens the door for users. They may avail of the basic possibilities of new revenue opportunities.

Until or unless any project comes in existence or applicable it would be difficult to explain how to impact it will impact on the global world. It may have positive or negative aspects. But all are hoping that Libra Currency will bring some positive impact on the economy and make digital life easier.